The rapid expansion of modern agriculture has resulted in an unprecedented loss of plant genetic diversity. Dependence on just a few crops has made food production dangerously vulnerable to crop failures.  Further, climate change conditions with increasing frequency and severity of extreme weather events, has added to the vulnerability of crop production, resulting in food insecurity and malnutrition.

According to the United Nations Food and Agriculture Organization, 75% of the world’s food crop diversity was lost in the twentieth century as farmers abandoned local varieties in favor of genetically uniform high-yielding crops. Although thousands of crops have been cultivated since the dawn of agriculture, twelve crops currently supply 80% of the world’s plant-based dietary energy. Just four crops – rice, wheat, potato, and maize – supply nearly 60% of plant-derived calories and protein.

Beyond the cultivated crops there are a number of wild or semi domesticated species– like the tubers, minor millets, pulses, indigenous green leafy vegetables, tropical fruits etc., which were a primary part of the diet of the poor, a few decades ago. These species are not only hardy and resilient to changing climatic conditions but are also an important source of nutrients. On the other hand, forest foods that are collected and not cultivated have served as safety nets during times of food shortages, since long.

The current over-reliance on a handful of major staple crops has inherent agronomic, ecological, nutritional and economic risks and is unsustainable in the long run. Fortunately, this threat is being recognized and increasingly there are initiatives to revive traditional food systems. It is becoming clear that conserving traditional food systems is a powerful way to contribute towards saving local ecosystems. This issue brings out a few of those experiences.

Food Security is often seen as the amount of energy available from staple food production and currently global supply of food energy is dependent on only a small number of cultivated species.

In some regions surrounded by extraordinary biodiversity, people just do not depend on the cultivated crops for food needs. Their diets include many neglected, uncultivated and forest foods which help them overcome periods of food insecurity and malnutrition. They are the ones who generally live on the edges of the forests, like the tribals and the adivasis. However, with little or no attention being paid for conserving these species, many of these varieties and species, along with a wealth of traditional knowledge about their cultivation and use, are being lost at an alarming rate. For example, the share of uncultivated food from the forest has gradually declined in the diets of Paharia tribes in Jharkhand. Initiatives like conservation, preservation, processing of uncultivated foods have helped them regain their position and enhance the dietary diversity of the communities (Das, p.11). ‘Uncultivated’ foods are not just about satisfying hunger, but about savouring the forests and people’s relationship with them. (Sarangi, p.27).

There are certain types of crop plants that are not cropped but edible, containing high nutrients and having medicinal value. These crops, also called as hidden harvests, are capable of providing essential nutrients to household diets, besides contributing to household income. One of the best examples for the rich diversity of edible non-crop plants is the homegardens of Kerala. A study conducted in randomly selected 48 homegardens of Malappuram district recorded about 27 edible herbaceous and shrub species. (Chandrasekhara U M and Reshma P K, p. 29).

Several regions are experiencing unprecedented weather events caused by climate change, putting global food and nutrition, at risk. Recent climate change assessments have identified low levels of adaptive capacity as one of the main drivers of farm vulnerability. Increasing environmental degradation suggests an urgent need for exploring novel solutions. Tubers, pulses and millets are important for the livelihoods and nutrition of poor farmers, especially in fragile regions. Inclusion of such species in cropping systems will enhance the biodiversity and result in improving farm resilience to environmental stress. For instance, Ama Sangathan, a women federation consisting of 1200 indigenous women, have revived tuber crops in two blocks in Odisha, by their vibrant campaigning.(Mohanty and Jhodia, p.14). Farmers have started cultivating Elephant Foot Yam, Cassava and Sweet potato in the rainfed hilly terrains of Rayagada and Kalahandi districts. While cassava is widely recognised for its ability to sustain drought by shedding leaves, tolerate high temperature and grow well in marginal soils, sweet potato tolerates saline conditions and can withstand flash floods and mid-season drought.

In the context of climate change, uncultivated forest foods are a very important community-based adaptation strategy. Besides their ecological functions such as releasing oxygen, precipitating rain, recharging groundwater, conserving fertile topsoil, buffering against droughts and floods, forests are also about securing food for local communities. A study by Living Farms revealed that the dependence of communities on forest foods ranged from 20% to 50%, depending on the characteristics of a village and the   biodiversity composition of the forest.(Sarangi, p.27).

Though many of the local food crops are generally neglected, both by the research and the policy makers, civil societies have been playing a key role in reviving the forgotten food crops.

Pulse Panchayat, an integrated approach promoted by MSSRF resulted in establishing a sustainable production, value addition and marketing system for pulses. The initiative implemented by Illuppur Agriculture Producer Company Limited, a Farmer Producer Company in Tamil Nadu, is moving towards achieving self sufficiency in pulse production (Hopper R S S and Thachinamurthy K, p.7). The Pulse Panchayat movement has demonstrated that innovative approaches with Knowledge management enhancement, through multi-stakeholder platforms and policy making networks, are key to achieving self sufficiency in pulse production.

LIBIRD’s initiative to promote growing yam on terrace walls has caught up with the Chepang communities in Nepal. Yam has various nutritional benefits, yet, the crop remains neglected. In the absence of national research and extension programmes on yam, a simple technique of “cultivating yam in sacks” on the base of terrace walls, has been well received by the local communities. (Ghimire et.al., p.24).

Farmers preferences need to be the basis for understanding the utility of diversity. Participatory research on cassava and elephant foot yam undertaken in Kolli Hills and Wayanad has resulted in farmers identifying better varieties that suit their requirements, including higher yields, higher starch content, enhanced drought tolerance and the ability to adapt to local conditions. Through intercropping, they have also been able to cultivate a diversity of short duration food crops alongside their main crop, boosting the nutritional content and diversity of household diets, earning extra income and strengthening the resilience of their farming systems against shocks, such as drought. (EDI Oliver King et al., p.20). Similarly, communities in the Kumaon Himalayan region established a seed bank and preserved 158 crop varieties of paddy, millets, vegetables. (Mukerjee et al., p. 34).

The traditional local crops have multiple benefits. As population is increasing and several nations face issues of food insecurity and malnutrition, these local crops seem to be a possible solution. Especially in times of rapid climate change conditions, these crops bring in farm resilience. Also, local crops reinforce cultural identity and reiterate the key role played by women in sustainable agriculture.

Concerted efforts are needed to revive these crops. Awareness on agronomic, ecological and nutritional benefits and the commercial opportunities these crops offer, need to be raised. Support in the form of research and policy will go a long way in wide spread cultivation of these crops. The International Year of Pulses -2016, declared by the United Nations is one step towards that end. Its time to look back to move towards a sustainable future! 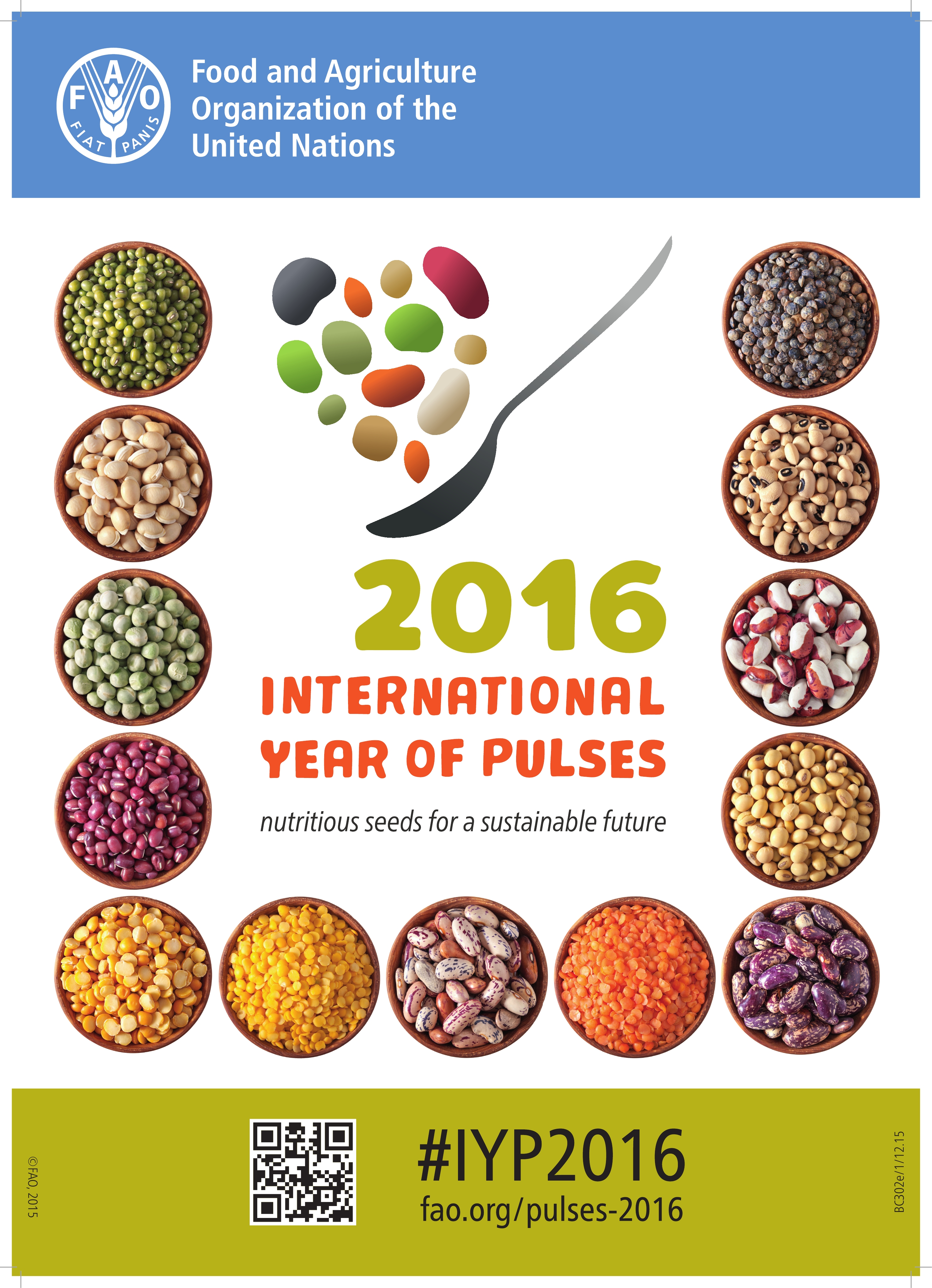