Small holder family farmers, particularly in the fragile ecosystems have been traditionally managing crops, using biological means. While a majority of the farmers shifted to commercial methods of farming involving high chemical use, some among them still continue to adopt practices that are eco friendly and sustain the ecosystems in which they operate. One example is the traditional practice of rotating crops – not growing the same crop species in the same area repeatedly, to reduce the pest or disease incidence.

Biological crop management, as it is understood, is not just about using biologicals or natural predators for pest control. It refers to use of low cost biological options for crop production. For example, harnessing soil nutrients from different layers of soil by growing diverse crops, improving soil organic matter, including leaf shedding crops like redgram that enhance plant biomass generation which serve as mulch and manure, including trees on farms, use of locally available botanicals and natural predators for crop  protection etc.

Biological crop management is referred by different terminologies, like LEISA, Organic farming, Permaculture etc., while the underlying principles remain more or less the same. Many farmers have reaped multiple benefits from practicing biological methods of crop management, which go beyond yields – like, enhanced crop diversity resulting in diversified diets, better nutrition and better environment; non-chemical pest management resulting in better health of crops, farmers and the surrounding environment; and  conservation of ecosystems leading to sustainable and resilient farm production. This issue of LEISA India includes some chosen experiences on the ground.

Many farmers have shown that it is possible to enhance soil fertility without using chemical based fertilisers.  Enhancing soil fertility through organic means not only enhances water retention but  also protects soils from erosion, pollution, and acidification, thus preventing land degradation. Women farmers in Tamil Nadu followed the practice of green manuring (AMEF, p.32). They took up sunhemp as green manure crop, before the main crop and  incorporated around 1-1.5 tons of sun hemp to plots. They also could estimate the amount of Nitrogen fixed through the incorporation of sunhemp. Treating seeds with biofertilisers and mulching were the other options tried by these farmers. 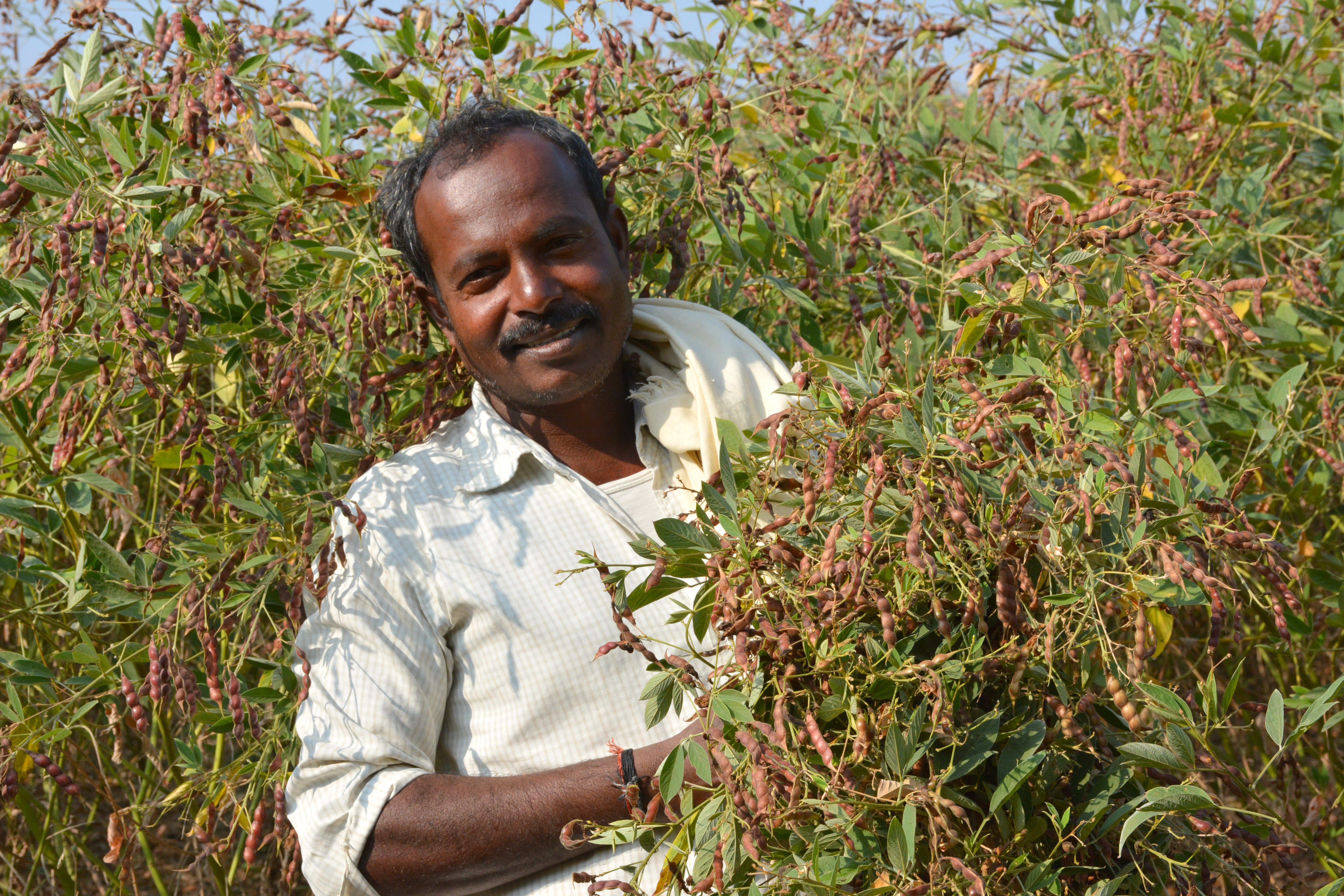 Recycling crop residues is not only a safe way of enhancing soil fertility but also an option to prevent burning of crop residues. The consequences of burning crop residues, that made even breathing difficult for the residents in North Indian states, is a well known fact. Farmers in a hurry to free their farms of the crop residues resort to this practice resulting in widespread negative effects on the environment and well being. The Science Ashram in Gujarat found a way in helping farmers to recycle the residues of banana crop using multi microbial mixture (Mehta M H., p.10).

Many farmers in Aladipur village in Odisha took up to organic vegetable production using bio-fertilisers and were happy to see their vegetables grow better without the use of chemical fertilizers. Besides benefitting environment and quality of food, shifting to organic methods helped these farmers become self-sufficient and reduce their agricultural costs.(Nirmala Adhikari, p.19). Consumers felt that these vegetables tasted much better than the chemically grown ones available in the market.

Farmers from Kanya Kumari district in Tamil Nadu found a successful solution in Fish Amino for enhancing the soil fertility (Premalatha, S., p.17). Rich in nitrogen, the preparation and use of Fish Amino, not only reduced the requirement of nitrogen fertilizer, but also served as a growth promoter in enhancing crop yields.  Being produced from wastes which hitherto resulted in health problems, fish amino also served as a means to reduce pollution in the region.

Children in Zimbabwe are redesigning their schoolyards based on permaculture principles to regenerate the soil, harvest rainwater and produce their own food. Permaculture is a yet another system of ecological design that demonstrates how the relationship and co-existence with nature can meet human needs. At the same time, permaculture designs aim to regenerate the environment around us in the face of  changing climate. Children from more than half the schools who followed this are now able to supplement their lunches with freshly picked produce. Half of the schools were also able to supplement the Government’s school feeding programme through the produce from their schools’ gardens (Linda Kabaira, p. 14).

A variety of different methods enable farmers to control pests without the need to use toxic chemicals.

When ICAR-CPCRI scientists observed that coconut garden on 15 acres in Jajur village of Arsikere, Karnataka were found infested with black headed caterpillar, they conducted a demonstration of biological control of the pest (p. 6).  With timely release of parasitoids, the coconut palms recovered and had a new clean and green look within a period of 12 months. Another demonstration on suppressing the rhinoceros beetle found remarkable success in all coconut growing regions of the country. Tremendous reduction in pest damage by 81.2% could be accomplished in a period of two years in all the tested regions following a lateral adoption of the technology.

Another way of managing pests is by nurturing the predators.  Schools in Zimbabwe, who took up farming in school yards have managed to restore significant numbers of predators and keystone species needed for food productivity. For example, lizards and chameleons have come back to their environment to feed on the pests.

Crop diversity has resulted in access to diverse foods. Tamil Nadu farmers gained a lot from inter crops, border crops and sequential crops. Besides main crops like groundnut and Ragi, farmers on an average, harvested 8-10 kgs of cowpea, which was grown as an intercrop in groundnut. Castor, besides serving as a trap crop for pests, yielded 80-100 kgs; sorghum as border crop yielded 10-25 kgs. Also, farmers could harvest around 500 kgs of sorghum stems which served as livestock fodder. Sequential crop like horsegram which was grown to make use of residual moisture was another source of food and income for farmers.(AMEF, p.32)

Diverse foods have been a source of nutrition, especially to women and children. For instance, the percentage of malnourished children and the number of diarrheal patients visiting the health clinic have significantly declined in Humla. The community in Humla believes that their children are healthier after they began consuming more vegetables (Nirmala Adhikari, p.19)

The experiences in this issue point towards one fact that it is possible to farm better with locally available, low-cost and biological inputs. Such farms are not only diverse, but also sustainable. The type of food production is in harmony with nature and generates better incomes helping the farming majority, who are small holders, to remain in agriculture. Production of biological inputs in-situ, based on traditional wisdom, also provides an opportunity to take it up as a rural enterprise, serving as a source of dignified employment and additional income for farmers, especially the rural youth.

Presently, the biological methods of crop management are being promoted largely by NGOs and agencies promoting organic approaches. The success of these approaches has encouraged some governments to invest in their favour. While Sikkim has led the country in promoting organic farming, Andhra Pradesh is planning to follow the same. It’s high time that other States too follow these inspiring models.