LEISA INDIA > Uncategorized > In the news 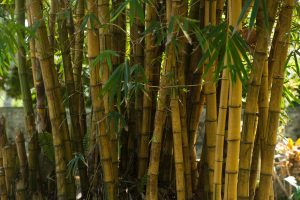 India is the fourth largest emitter of greenhouse gases after China, the US, and the European Union. India’s emissions increased by an alarming 4.7% in 2016 compared to the previous year. However, India’s emissions per head are among the lowest in the world.

With most of India’s designated forest lands degraded, planting bamboo can be the first stage in long-term agroforestry and agricultural redevelopment, scientists say. The latest report from INBAR (International Bamboo and Rattan Organisation), an intergovernmental organisation of 43 countries, emphasises the point. The speed with which a plant grows has a part in determining how much carbon dioxide it can absorb in a given time. In a paper submitted at the National Workshop on Global Warming and its Applications for Kerala, researchers of Thrissur-based College of Forestry say, “Bamboo potentially acts as a valuable sink for carbon storage, and on an average, one hectare of bamboo absorbs about 17 tonnes of carbon per year.”

On an average, bamboos grow at the rate of 1.2 metres a day, making it one of the fastest growing plants. Due to this, it takes only three years to establish mature groves. As a result, bamboos are effective carbon dioxide absorbers, not only above ground carbon (AGC), but also below-ground carbon (BGC) in roots, and rhizomes. To a lesser extent, it absorbs soil organic carbon (SOC) too. Importantly, growing out of a tangle of underground stems, bamboo can help reforest landscapes denuded by development or natural disasters, binding topsoil to prevent erosion.

As reforestation, afforestation and REDD+ are eligible for carbon trading, bamboo afforestation activities can be brought under CSR (Corporate Social Responsibility), making it a people-centric activity rather than the State’s responsibility to meet the 12-year deadline to restrain the rise in planetary temperatures. If adequate mechanisms are in place, there are possibilities for India too to incorporate bamboo CSR and earn credit, says Nath. He goes on to add that the CDM (Clean Development Mechanism) Executive Board, which supervises the Kyoto Protocol’s clean development mechanism under the COP (Conference of Parties) in its 39th meeting decided that “palm (trees) and bamboos are equivalent to trees in the context of afforestation and reforestation.”

For more information, go to https://indiaclimatedialogue.net/2019/01/21/growing-bamboo-forests-could-boost-carbon-capture-in-india/ 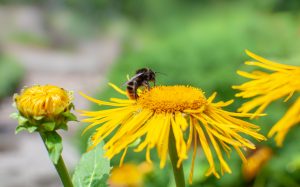 With the biodiversity of plants cultivated for food shrinking, the global population’s health, livelihoods and environment are under severe threat. This warning from the Food and Agriculture Organization (FAO) comes as the UN agency releases a new report – the first of its kind – on the state of the world’s biodiversity in food and agriculture.

The study delivers a stark message: that there is a real risk of the plant and animal species that provide our food, fuel and fibre (as well as the many animals, insects and micro-organisms that make up crucial parts of the food chain) disappearing for good.

The FAO received a large amount of information from 91 countries, provided specifically for the report, and the analysis of the latest global data to compile the report, which was prepared under the guidance of the Commission on Genetic Resources for Food and Agriculture, the only permanent intergovernmental body that specifically addresses biological diversity for food and agriculture.

While 6,000 plant species are cultivated for food, just nine of them account for two-thirds of all crop production. When it comes to livestock, around a quarter of breeds are at risk of extinction: just a handful provide the vast majority of meat, milk and eggs. And more than half of fish stocks are at risk of extinction. Wild food species are also rapidly disappearing, with just under a quarter of known wild food species are decreasing. However, the true proportion is believed to be much higher as more than half of reported wild food species is unknown. In addition, species that contribute to the food ecosystem, such as pollinators, soil organisms and natural enemies of pests, are under severe threat. Examples include bees, butterflies, bats and birds.

FAO chief José Graziano da Silva, quoted in a statement, described biodiversity as “critical” for safeguarding global food security, and called for food to be produced in a way that doesn’t harm the environment: “Less biodiversity means that plants and animals are more vulnerable to pests and diseases. Compounded by our reliance on fewer and fewer species to feed ourselves, the increasing loss of biodiversity for food and agriculture puts food security and nutrition at risk.”

Human intervention is overwhelmingly at fault, says the report. Examples include the way land, water are used and managed; pollution; overexploitation and overharvesting; climate change; and population growth and urbanization. No regions are exempt from biodiversity threats, although the main driving forces differ depending on the region. For example, in Africa, a key problem is overexploitation, hunting in poaching; in Europe and Central Asia, deforestation and intensified agriculture are cited; and in Latin America there is concern over pest, diseases and invasive species.

However, the legislation and institutional frameworks are often inadequate or insufficient, and the FAO is calling for much more effective action on a global scale. These include the promotion of pro-biodiversity initiatives, greater efforts to improve the state of knowledge surrounding biodiversity for food and agriculture, and better collaboration among policy-makers, food producers, consumers, the private sector and civil society.

Simple ways for consumers to make a difference include opting for sustainably grown products, buying from farmers’ markets or boycotting foods that are unsustainably produced. 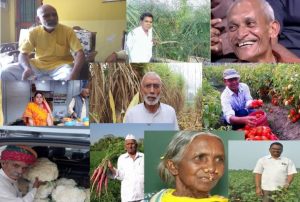 Out of the 94 Padma Shri awardees, 12 farmers have been awarded for various activities like organic farming, traditional seed conservation and use of scientific methods in cultivation

Out of 12, four are farmers who used traditional methods of farming to bring change. Kamala Pujhari is one of them, who conserved hundreds of local varieties of paddy and promotes organic farming. She comes from a tribal community in Koraput district of Odisha. Due to her efforts, farmers from Koraput village as well as other neighbouring villages gave up the use of chemical fertilisers. This is not the first recognition for her work. Pujhari has already received the ‘Equator Initiative’ award in South Africa in 2002, and has also been a member of the state planning board in March 2018, according to media reports.

Another winner, Rajkumari Devi, has been popular for her expertise in assessing the soil quality to ensure successful harvest. She is popularly known as ‘Kisan Chachi’, and hails from Muzzaffarpur district in Bihar. Devi has also helped mobilise over 300 women and successfully set-up a Self-Help Group (SHG).

Babulal Dahiyaa, a farmer from Madhya Pradesh’s Pithaurabad village and one of the awardees, has been growing 110 varieties of crops within two acres of land. He has been collecting indigenous rice varieties since 2005, when he learnt that a traditional rice variety had vanished from the region, and was only described in folktales and poems.  The state biodiversity board has also recognised his work, and initiated a beej yatra (seed rally) to collect indigenous verities of vegetables and medicinal plants. They have collected over 1,600 varieties from 24 districts, say media reports.

Hukumchand Patidar from Rajasthan is a farmer who has been practicing organic farming on a 40 acre piece of land. His produce is exported to over seven countries. Patidar started his farming journey in 2004, and is also the founder of Swami Vivekanand Agricutural Research Farm.

Apart from the four traditional farmers, the other farmers awarded are known for using technology mixed with other farming methods. Venkateswara Rao Yadlapalli, who comes from Guntur district in Andhra Pradesh, has developed an app called Rythunestham. This app encourages farmers to stick to organic farming. It provides technical know-how, marketing tips, crop insurance details and details of nearest labs and research centres.

Other farmers who were awarded for path-breaking innovations include: Vallabhbhai Vasrambhai Marvaniya, who developed a variety known as the madhuvan gajar, which he started cultivating in 1985; Kanwal Singh Chauhan from Haryana for innovation in babycorn and mushroom; Jagdish Prasad Parikh for growing jumbo variety of cauliflowers and Sultan Singh and Narendra Singh from Haryana were awarded for their work in fisheries and dairy breeding respectively.