How Thinking Big Fails the Poor 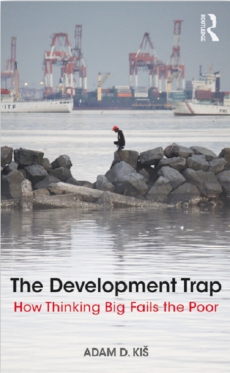 Poverty is an entrenched, intractable problem that will never be entirely eradicated. However, if we reorientate our objectives in line with realistic goals that improve the way that poverty is confronted on a smaller scale, we can still continue the fight for meaningful change.

Using rigorous scholarship illustrated with vivid storytelling and personal anecdotes from fighting against poverty in the field, The Development Trap argues that we need to make progress against poverty on the micro, rather than the macro scale. Instead of shooting for a single overarching end of poverty, our goals must be modest and reachable. Poverty still won’t go away, on a macro scale, but it can go away for specific individuals – in fact, it already happens all the time.

The Development Trap is a compelling account of the challenges of eradicating poverty, and the possibilities for meaningful change at a smaller scale. It will be perfect for international development professionals, students and scholars, and for those with a general interest in the future of aid and development