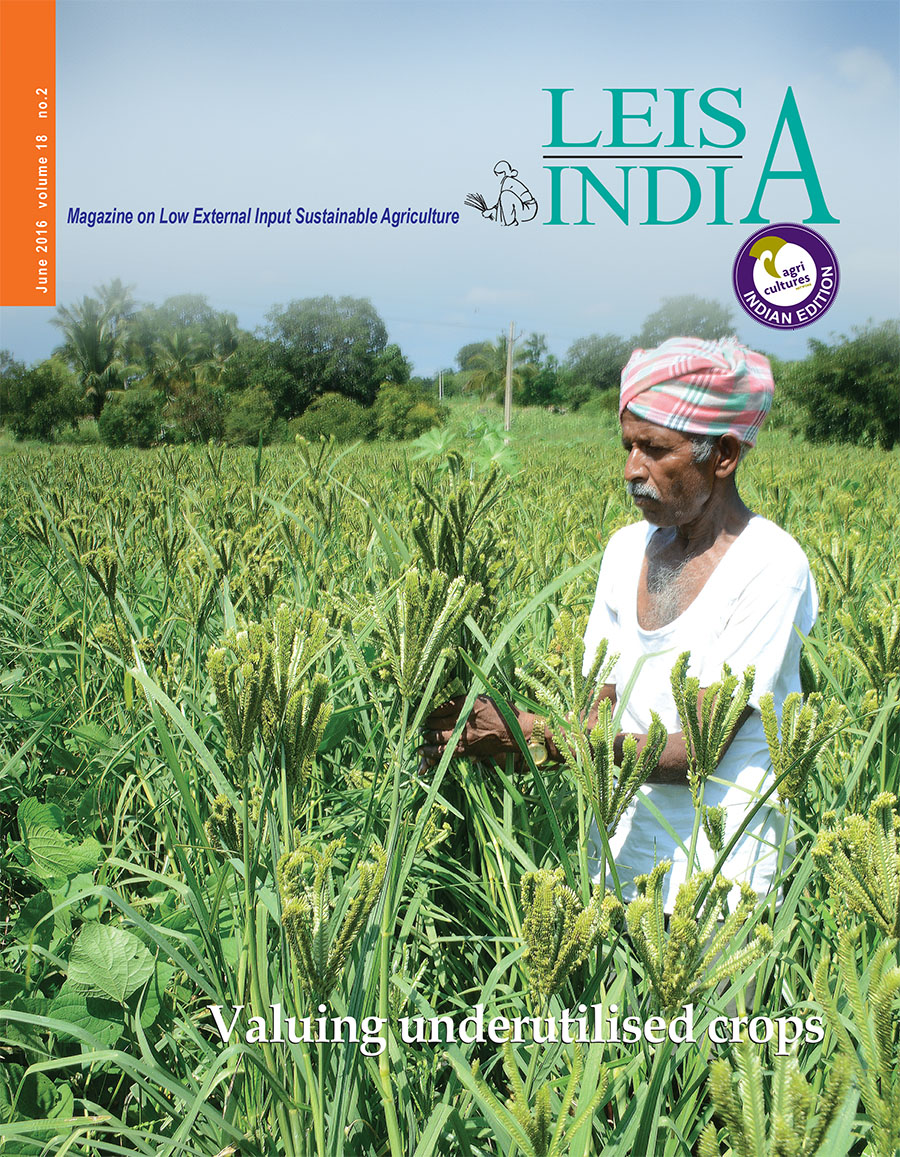 It is heartening to know that there is increasing recognition worldwide for family farming and nutritional crops like pulses and millets (UN declarations such as International Year of Family Farming -2014; International Year of Pulses -2016). However, it is deeply disturbing with country facing unprecedented heat waves, droughts and farmer’s miseries.

Diversity is the key for coping with climate change, for sustaining livelihoods and planet ecology. There is lot more to be understood about cultures, their options and resilience. This issue focusing on the theme of valuing underutilised crops brings out the role of local food crops, particularly in addressing the issues of food security and climate change. Thanks to enthusiastic practitioners for sharing their experiences. LEISA India has been always focusing on sharing alternatives. We remain indebted to all those who have been sharing positive experiences and creating a hope for a better future.

Past for the present
Prakriti Mukerjee, Ajay Rastogi and Reetu Sogani

Readers who contributed for print edition