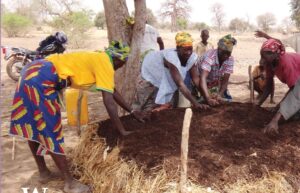 The COVID-19 situation has exacerbated the existing crises in the Sahel. Just before the pandemic broke out, an innovative approach to strengthen people’s resilience through agroecology was starting to bear fruit in Burkina Faso, Ghana, Mali and Senegal. At the centre of this are women, who have pioneered agroecological farming practices with a strong focus on better nutrition and decision making. New economic relations and power balances are emerging between men and women, providing a basis for long-lasting resilience.

Burkina Faso and other countries in the Sahel are currently facing a multitude of crises. Over 12 million small scale farmers and their families in the dryland areas of the region are chronically vulnerable to food and nutrition insecurity. This is the result of the degradation of fragile ecosystems, population growth, and a low capacity to adapt to climate shocks, such as major droughts. To survive, an ever-increasing percentage of families are taking desperate measures. They sell their harvest to pay back loans, eat their seed stocks, borrow money from loan sharks, cut down on the number of daily meals or sell their physical assets. This makes them even more vulnerable. On top of that, millions of people have had to flee their homes on the run from extreme violence from jihadists and other armed groups. They are living in terrible circumstances, often without a roof over their heads, and facing a shortage of  water, food and medical care. The COVID-19 pandemicis making this crisis worse, particularly for women. After terrorist attacks, many rural services such as schools, hospitals and police stations were shut down, services sorely needed during the pandemic. Forced market closures and restrictions on gatherings have also hit rural communities hard.

In the regions where we work, these restrictions hampered income-generation activities for women, such as selling garden produce and artisanal products, or undertaking petty commerce. It also affected the ability of women’s groups to carry out collective activities such as market gardening in the dry season (February to May), conduct their groups’ savings and credit sessions, and participate in trainings and knowledge building activities.

Agroecology as a response

Before COVID-19, an increasing number of women in the Sahel had already started to experiment with agroecological practices, including soil and water conservation, agroforestry, intercropping with legumes, use of short cycle local seeds, and dry season vegetable production. They were attracted by these practices because they recognised their potential to increase soil fertility, productivity, sustainability of the natural resource base, nutrition, resilience, income and autonomy. In Burkina Faso, women in over 80 communities in Eastern Region, near Fada N’Gourma, started to use these practices with the support of a local NGO called ‘Association Nourrir sans Détruire’ (ANSD) and Groundswell West Africa. They bolstered their knowledge on agroecological practices that served their needs, such as protecting tree shrubs and dry season gardening, as this gave them healthy food all year round. As explained by Mrs Bilana OUOBA, Kokouogou village, between 60 and 70 years old, this implied overcoming some cultural obstacles:

“There has always been the attitude in our traditional way of farming, that you have to be crazy to let the trees smother the crops in the field. So I used to cut down all the trees and shrubs and even sweep away every twig and set fire to all this in my field. When we heard about a farming strategy to let the trees grow [Farmer Managed Natural Regeneration], this caused a lot of controversy in our community. But I started to do some tests and protected small trees that were growing in my field. I also improved the soil. I now harvest pods from the philiostigma trees from my field. It has become a major source of income and healthy food for me. Today, this is a common practice for women in the village.” 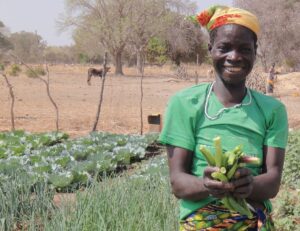 The women also engaged in credit and savings groups. This not only allowed them to gain access to vitally needed credit, but also bolstered their leadership, solidarity, and self-confidence. Moreover, the women negotiated with village leaders and the rural municipality to secure access to land and water for dry season gardening. Village leaders also agreed to support women in the poorest households in accessing seeds, through a popular system of credit based on cooperative grain storage (locally referred to as warrantage) and revolving loans to obtain poultry, goats or sheep. One of the many things we can learn from these women is that improving livelihoods requires not just technical knowledge and access to productive resources, but also strengthened organisational and leadership capacities.

This became very clear from the case of the Lanpugini Women’s Group from the village of Bassieri, Burkina Faso, which consists of 44 members of whom only two are literate. The group’s main activity is market gardening, but since 2011 they have also been running their own savings and credit scheme, with a special solidarity facility for women in emergency situations.

The Lanpugini’s Women’s Group meets once a week. During these meetings, the women have an opportunity to hear news from each other, discuss their concerns (including on farming) and share other ideas about how to improve their living conditions. It has now become common for women in this area to come together in a group and to obtain and control funds for farming and animal-raising. After some time, these women started to discuss gender relations with men. Building their own collective group has strengthened the women’s leadership and organisational capacities. It has also enabled them to have a stronger voice in decision making – both within their family and in the village and to improve their livelihoods.

These experiences are significant, because in the Sahel, men and women have increasingly come to realise that women’s participation in the transition to agroecology is essential for a resilient, sustainable and productive solution for improved livelihoods. However, measures to foster women’s engagement in agroecology can easily lead to further increasing their already heavy workloads. The domestic work, agricultural work and childcare that they have to take on are often referred to as women’s triple work burden.

Even within initiatives to promote agroecology in the Sahel, rural women often remain economically marginalised and vulnerable – sometimes with an increased workload. Agroecology is often celebrated for its strong emphasis on human and social values, such as dignity, equity, inclusion and justice. Yet there is still much for practitioners of agroecology to learn about how to foster more equitable (economic) relations within families and within communities. This experience provides useful insight on how to do this. 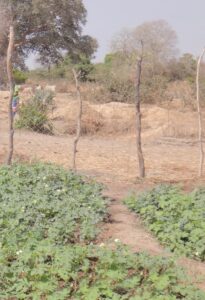 For several years now, we have accompanied communities in Burkina Faso, Ghana, Mali and Senegal in their efforts to combine agroecology with equity. While teaching each other the most relevant agroecological practices, communities have reformed governance at the community and municipality levels, strengthening the position of women in the process, including those from the most vulnerable families. At the community level, representative Village Development Committees that include women leaders have been established. These committees lead the planning, implementation and oversight of the promotion of agroecology in the community. At the rural municipality level, or ‘Commune’, the mayor and elected Councilors, having seen the benefits of agroecology through field visits and discussions with villagers, agreed to include the promotion of agroecology in their Communal Development Plans and budgets. These plans now include specific activities to strengthen the position of women.

These developments are already bearing fruit. For example, it has become common for men to help or replace their wives in the planting of beds and the watering of crops if required, for example in instances of illness or pregnancy. Another indicator is that in many villages, men have contributed their own resources to the fencing of market gardening sites that are reserved for women. While in large compounds of many family members, grandmothers often take care of the children when women are out of the house to farm or sell, in smaller compounds it can now be seen more often that men are taking on these care duties. Finally, in some cases, male elders and traditional village authorities have agreed to provide secure land access to women groups for market gardening or collective farming. These are major socio-cultural changes for rural families in the Sahel.

Lessons from our experience in the Sahel

We have seen that it is essential that women are able, in a culturally sensitive way, to directly address gender relations and the division of resources and responsibilities within the family. As they gain in selfconfidence, organisation, solidarity, leadership and economic means through their women’s groups and agroecological activities, it is important that they do not become overburdened, or that childcare is compromised. Changes in the division of roles and tasks are necessary and possible, as we have seen.

Within the social and cultural context of the Sahel, the short term benefits of agroecology to addressing women’s specific needs can eventually bring about wider change. Improvements in income, food and nutrition security, self-confidence, organisational capacities and economic well being lay the foundations to instigate shifts in gender relations, women’s status and decision making roles within families and communities. It is important to recognise that this takes time. The process can be accelerated through the support of civil society organisations, for example with facilitation of dialogues and through local capacity building. We do realise that as outside agents we can play a facilitation role, but in the end the women themselves must negotiate these things within their families and communities. It is our strong conviction that these insights illuminate the most promising pathway to a real and equitable renegotiation of roles and responsibilities between men and women in the context of agroecology in the Sahel.