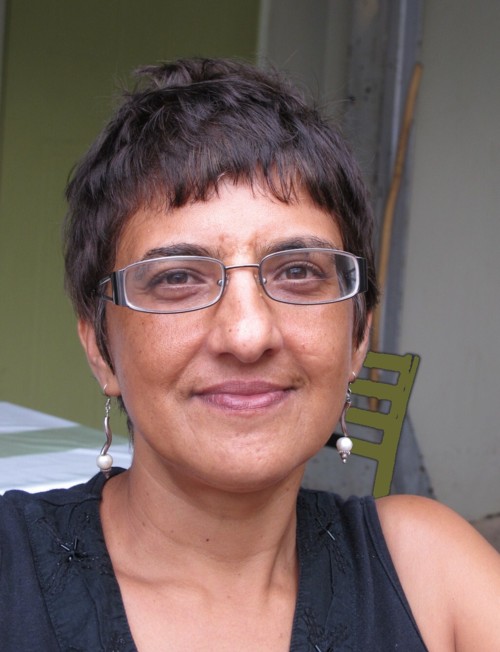 Traditional crops … the basis of our food and farming systems

Mariam Mayet is the director of the African Centre for Biodiversity (ACB). In a recent report, ACB turns their attention towards genetic modification of non-commercial ‘orphan crops’ and the way this technology is replacing farmer managed food systems. In this interview Mariam explains what is wrong with genetic modification of these crops and where the real solutions lie.

What is meant by non-commercial ‘orphan crops’?

Traditional crops such as cowpea, sorghum, millet, pigeon pea, cassava and sweet potato are referred to as non-commercial ‘orphan crops’, as part of a particular narrative that values crops that are produced commercially and traded on international markets, while everything else, like traditional or indigenous crops, are considered ‘orphan’. But on the ground, these crops form the basis of our food and farming systems. The value of these crops is not recognised. They’ve been neglected in regional, national and international policy, and in research and development spaces.

But we do not agree with the use of the term ‘orphan crops’. In the same way that we changed the discourse around ‘informal seed systems’ to ‘farmer managed seed systems’ we have to question whether crops are really orphan or underutilised. Terms like ‘orphan crops’ are derogatory and I regret that we used it in our recent report, but it’s out there now and it’s a learning curve for us. The more we work with farmers on the ground the more we are humbled and we go back to the drawing board to rethink our strategy and way forward.

What is your concern with genetic modification of these crops?

First, we are very critical of genetically modified (GM) crops in Africa and have been opposing GM in Africa for almost 20 years. We are fundamentally opposed to reductionist solutions imposed upon Africa by powerful external forces that are based on replacing existing farmer managed food and farming systems with a model that is ecologically unsustainable and inherently socially unjust.

Claims that GM addresses vitamin and nutrient deficiencies through biofortification is turning the attention and resources of politicians and researchers towards new technologies such as gene editing and gene silencing. There has been a spate of articles and discussion around this, yet very little attention goes to the biosafety risks nor the past failures associated with GM crops. It is surprising that biofortification receives so much attention when GM crops simply cannot address multiple nutritional challenges arising from, amongst others, environmental degradation and lack of access to public health and sanitation. Our main objection is that this diverts resources and the policy making trajectory away from real solutions which can be found in the diversity of food and farming.

In some parts of Southern Africa, and in the USA, Canada and Latin America, farmers can’t even imagine agriculture without GM. At the same time, smallholder farmers in Africa produce 80% of our food largely based on their own seed systems. So in our recent report (see box), we look at what the GM industry is doing with farmers’ traditional seeds and crops, and where public research funding is going. Now at least groups have, in one document, an outline of who are the companies donating technology, which traits in crops are being researched, which crops are being targeted,  and how much money is going into these projects. The report reveals that there are whole host of agendas at play. For instance much of the research is on new GM traits and is in the stage of either greenhouse containment or confined field trials. The prospects of commercialisation are unclear as approval of new traits takes a long time and depends on the evolution of biosafety regulations and new or existing moratoriums. It is not clear when, or whether or not, any of these GM crops will reach the commercialisation stage.

But in general, we are very concerned about the GM industry and multinational companies further prying open Africa’s food and farming system through its expansion into non-commercial crops, while there is clearly an opportunity for governments and a host of actors to embrace an alternative transformation agenda based on agroecology.

Can you elaborate some of these real solutions?

It is important to support the right of farmers to choose their means of production and survival. And this means starting with where farmers are and emboldening and strengthening their systems. Moreover, the protection of farmer managed seed systems is needed. In these systems you find diversity and resilience. We need to shift away from the idea that seeds within farmer managed seed systems are sub-standard or of poor quality. Within these seeds, you may have drought resistant or nutritional properties and characteristics with cultural importance.

What steps can be taken towards these solutions?

We are pushing for big policy change towards recognition and protection of these systems and supporting local campaigns. For us information is key and ACB tries to put current information and knowledge in the public domain, complemented by other activities and events. Earlier this year we organised a course where we brought together activists from across Africa and spoke at length about GM of non-commercial, indigenous crops.

I think the revaluation of traditional crops will increasingly become part of the resistance campaigns against GM. There is a conference coming up in Nigeria where church groups will discuss the rise of GM cowpea. Nigeria is the world’s largest producer of cowpea and field trials with Bt cowpea are in quite an advanced stage so we expect a lot of resistance there. Our previous report on cowpea was translated into French and is being used by our friends in Burkina Faso, where there is a growing resistance to GM from the grassroots, for example through an event to coincide with the international march against Monsanto in May 2016. When our colleagues in Africa integrate information from our reports into their local campaigns that way, it’s a big victory for us.

New report: For your own good The chicanery behind non-commercial ‘orphan crops’ and rice for Africa

The African Centre for Biodiversity released this report in April 2016 outlining the GMO industry’s expansion across Africa. The report focuses on non-commercial crops – cassava, sorghum, sweet potato, pigeon pea and millet, as well as rice – revealing that a great deal of research and development is currently underway into the genetic modification of these crops. Most of the ongoing trials are focused on drought and salt tolerance, nitrogen use efficiency, resistance to tropical pests and diseases and nutritional enhancement (biofortification). The key countries that have been targeted include Burkina Faso, Egypt, Ghana, Nigeria, Kenya, Uganda and Malawi.

The current wave of GM research is not enabling smallholders in Africa to choose their means of production and survival and is shifting control over the future of farming in Africa from farmers to those who will benefit from profits to be made from GM. Moreover GM crops threaten genetic diversity that exists amongst traditional plant varieties. The report concludes that “the GM industry appears to be expanding its grasp over traditional subsistence crops. […] By focusing research on traits that are meant to ‘benefit’ farmers and malnourished populations, the industry is bent on winning the hearts and minds of Africans regarding genetically modified crops.”